Nuclear power is a proven solution for reducing our carbon emissions. It’s time to avert a climate crisis.

We have been aware of changes to our climate for 30 years. By now we know that human-generated greenhouse gases (GHGs) in our atmosphere are a major contributor of intense storms and polar melting that have been steadily worsening this century. But instead of addressing this problem directly, we’ve spent precious time arguing about the best ways to reduce GHGs without clear evidence to support our differing views.

A large part of our carbon emissions is derived from generating electricity. Charts from the informative web site app.electricitymap.org are copied below, which reveal current sources of electricity in countries around the world. The striking contrast between adjacent France and Germany reveals that we have already answered two crucial questions: Is nuclear power a green energy? Are conventional renewables (wind, solar and hydro) sufficient to reduce carbon emissions?  France clearly illustrates the green potential of nuclear energy in reducing carbon emissions. Germany, after rejecting nuclear power 15 years ago in favor of promoting conventional renewables, has failed to lower its carbon footprint, but instead has doubled its cost of electricity.

Look carefully at the paired data from these countries in the charts below. Notice the 5-fold difference in the respective carbon intensities of their electricity, and contrasting data for low carbon and renewable sources. Leaders in Germany have replaced nuclear plants with wind and solar sources, as they continue to burn methane, biogas and coal. 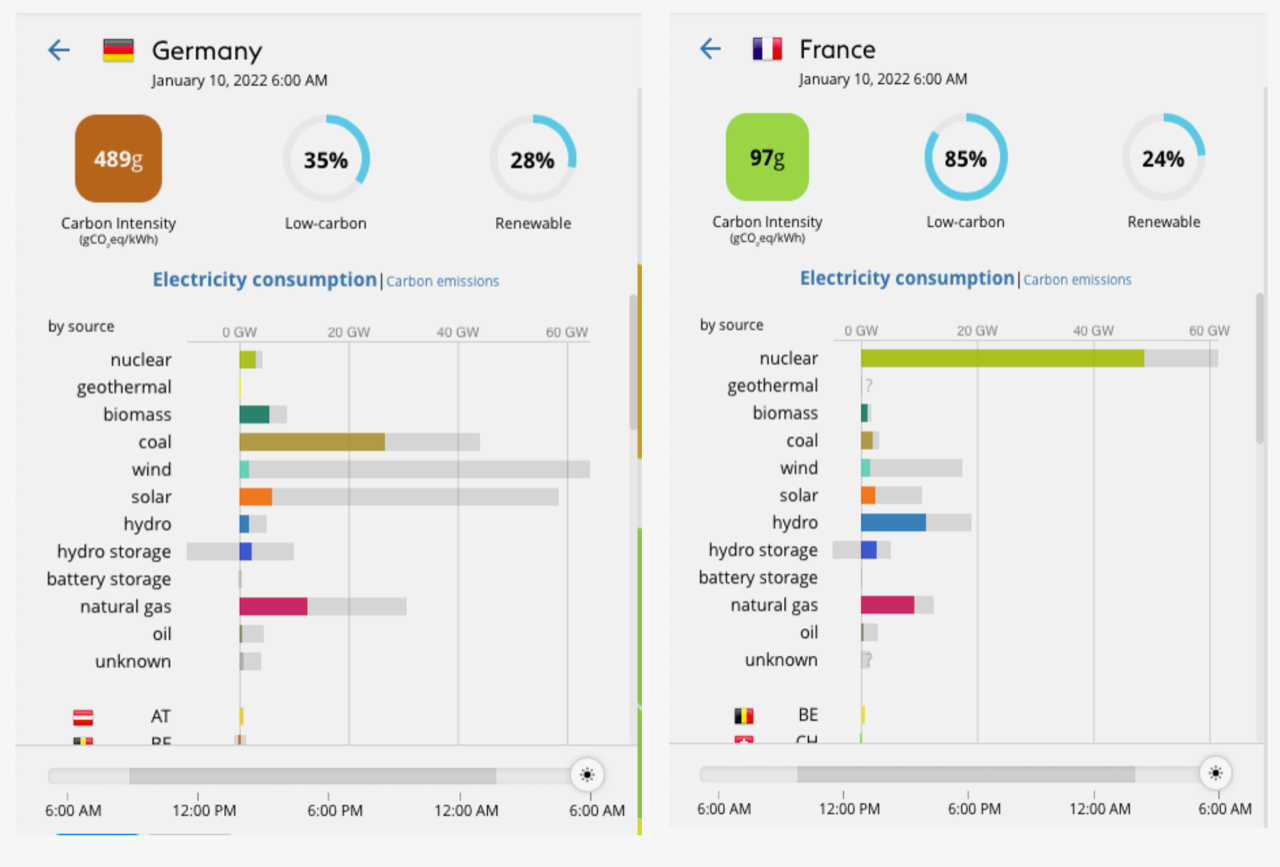 Meanwhile, nearby France has relied on clean nuclear power rather than renewable sources, many of which require support by methane, keeping its carbon footprint far lower than Germany’s, shown in January 2022.

To make such data more convincing, Chalmers University (in Sweden) has gone to the trouble of gathering hourly carbon intensity data over a full year, showing the complete failure of Germany’s experiment, called “Energiewende”. See their data, clearly portrayed in the chart below. 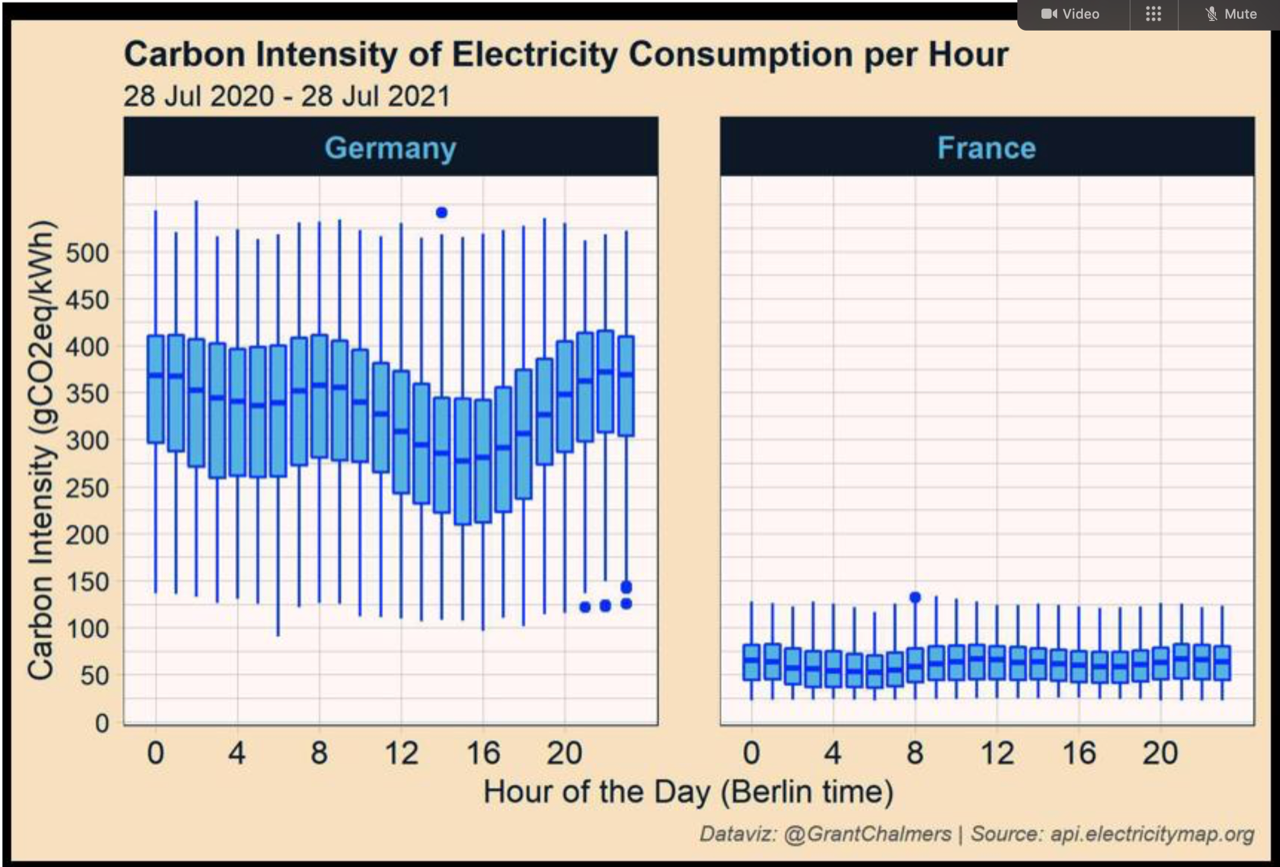 What is not revealed here is that France is the largest exporter of electricity in the world, sending large amounts to Italy, Spain and the UK.

Clearly, we should maintain and expand our efficient fleet of safe nuclear fission reactors around the world, assuring the most effective way to reduce carbon dioxide emissions and ameliorate climate change.

Please explore the electricity map link above to learn more about electricity generation worldwide. Then join us in our efforts to help clean fission power replace coal and other carbon-intense power sources. See the rest of our web site for details on new advances in fission technology:

Learn how you can help by becoming a Friend of Fission.
Page load link
Go to Top